Nov. 26-30 Will Be #ThankAScientist Week 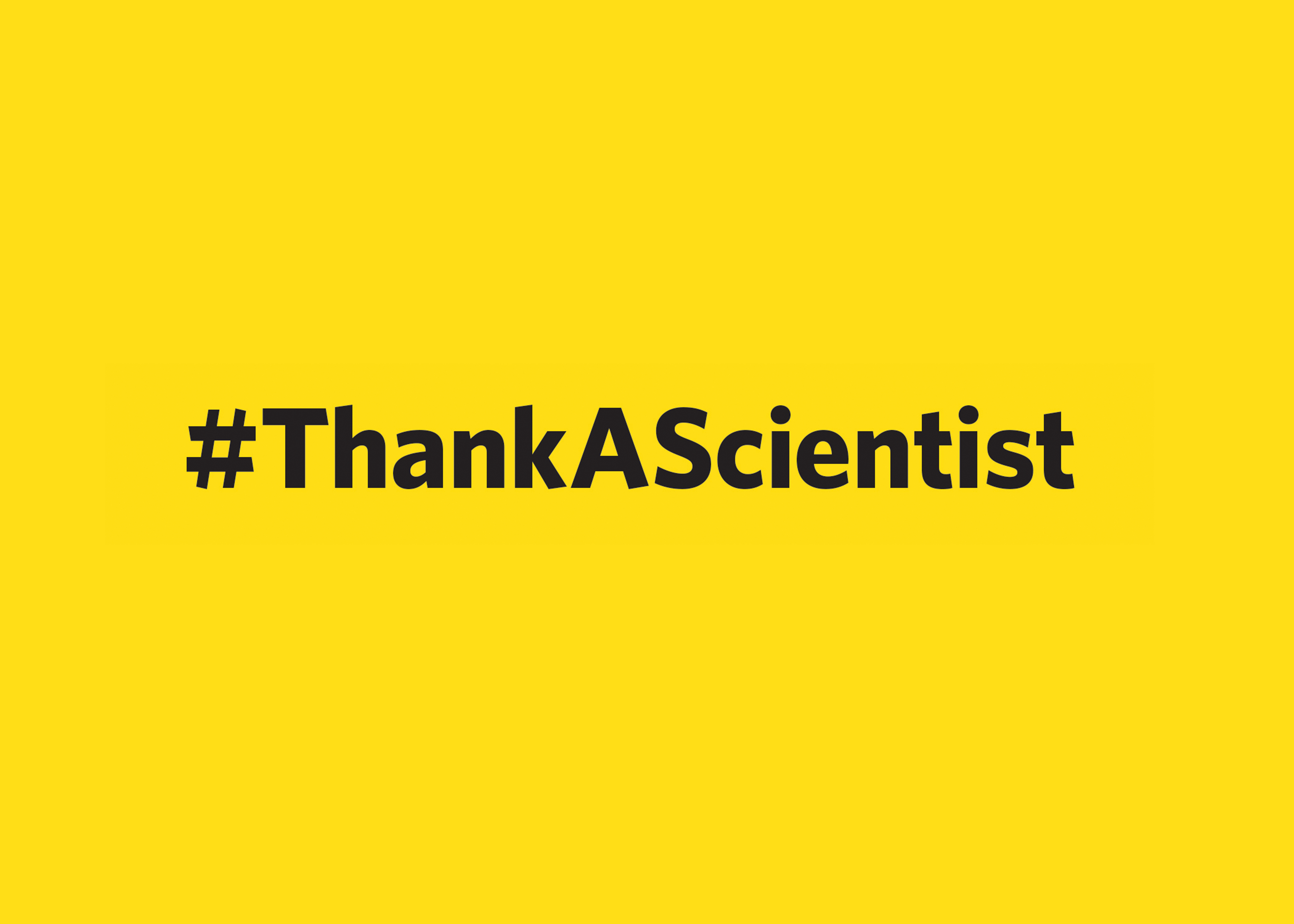 The Child Study Center has taken a leading role in promoting the second annual #ThankAScientist Week, started last year by the American Psychological Association (APA) to highlight the good for humankind that comes from science and scientists.

A major element of the week will be to encourage Twitter users to show their gratitude directly to scientists.

Throughout the week, representing the field of psychology, APA will introduce the public to advanced psychological research, by tweeting about some of the prominent psychological scientists whose work is adding to our knowledge base and improving our world. Upon learning about these scientists and their research, users will be prompted not only to follow the scientists on Twitter, but to contact them directly and say, “Thank you.”

Societies representing other scientific disciplines are also participating, and will highlight research in their respective areas. Scientists in those fields will be similarly celebrated.

For more information about participating in #ThankAScientist week, please contact Amanda Dettmer, PhD, at the Child Study Center, at amanda.dettmer@yale.edu.

Submitted by Robert Forman on November 15, 2018