Ryan Saadi, MD, MPH ’95, is passionate about ensuring access to health care, not just in the United States, but throughout the world. He has passed this passion on to his daughter, Emily Saadi, who is following in his footsteps as an MPH student at the Yale School of Public Health.

In fact, some very distinguished professors from the school, including Professor Emeritus Curtis Patton, helped fire Emily’s passion as she tagged along as a young girl on her father’s visits for alumni days and other special occasions. 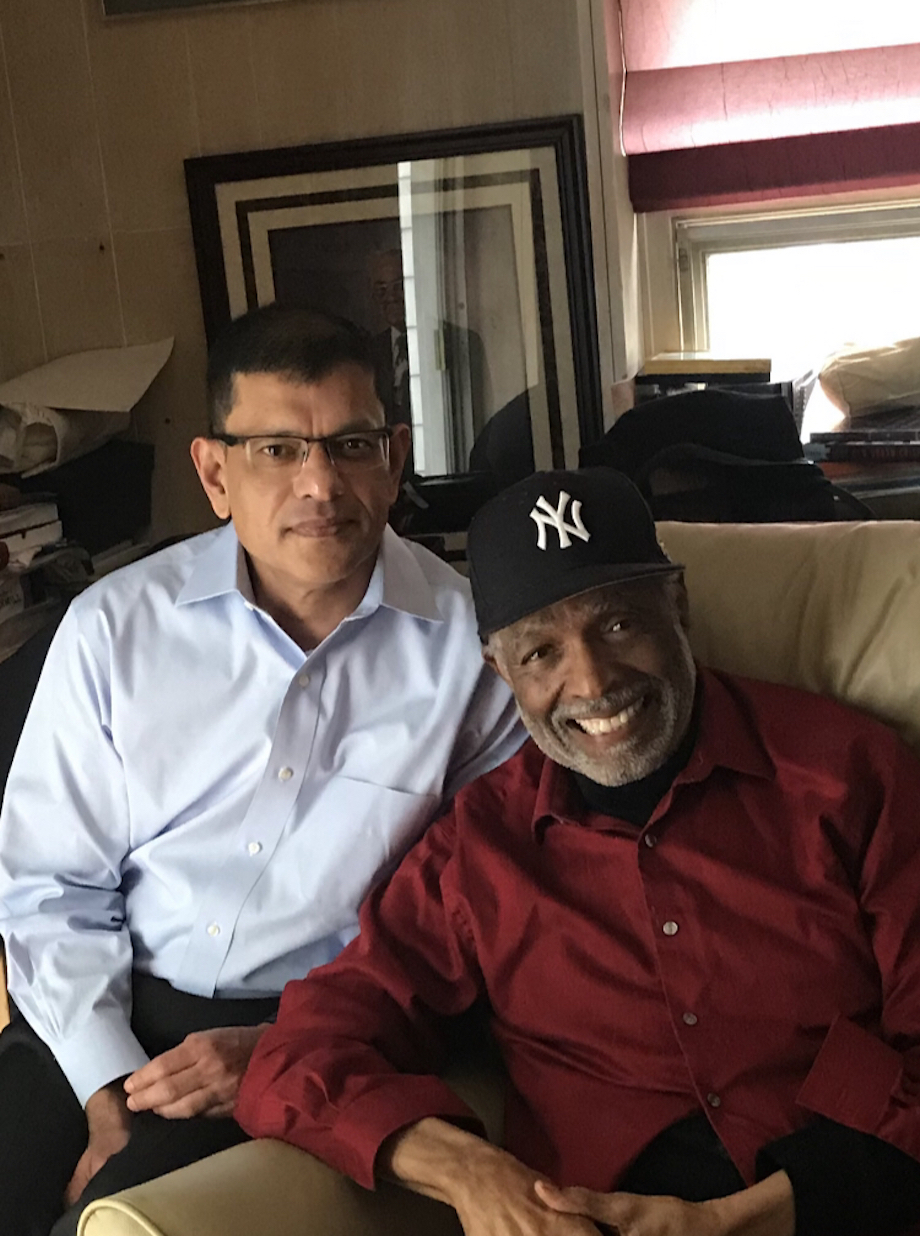 “I’ve taken in the Yale School of Public Health since I was seven,” said Emily, now a first-year student in the Department of Chronic Disease Epidemiology. In high school she wrote a paper on drug innovation that examined the United States’ role in global development of new drugs and its importance in the face of market pricing differences around the world.

Ryan has had a distinguished career that spans all sectors of the health care industry. While working in the emergency room at Yale-New Haven Hospital, he established correlation between ER presentation pattern of alcohol intoxication and trauma. This observation led to a change in Connecticut law that facilitated getting people into rehab.

Upon graduation, he became a hospital administrator in Nevada where he recognized a high rate of children with cancer. Basic epidemiology led him to discovery of high levels of arsenic in ground water in the district, which happened to house a Navy air base. Again, he reached out to lawmakers and houses in the area are now required to have reverse osmosis water purification systems.

Ryan also became aware of a mismatch between the cost of services in the hospital and insurance reimbursement rates. That spurred him to get involved in policy and the Centers for Medicare Evidence Development and Coverage Advisory Committee and to work in both the payer and pharmaceutical sectors. He most recently served as global vice president for evidence, market access, strategic pricing at CSL Behring, a global biotech company in Australia, before taking sabbatical for teaching. One of his biggest concerns about the health care industry today is affordability. With many cancer drugs costing more than $200,000 per year, people who have worked hard their entire lives are literally being priced out of life. “We live in the richest country in the world and we can’t take care of our own people,” he said.

Emily is joining her father in this cause. She was inspired to pursue her MPH, in part, because a favorite high school teacher died of cancer at just 30 years old. She is interested in the affordability of treatment for rare cancers and also the development of treatments for what are now incurable diseases. It is her hope that conditions such as multiple sclerosis, lupus and Parkinson’s can be reclassified from incurable to chronic. She is also interested in reforming the Affordable Care Act and using her new platform as a columnist for the Yale Daily News to explain that a 50-year-old health care system can’t be dismantled with the stroke of a pen.

“Do we need improvements? Yes. But we need to be careful not to make the same mistakes as other countries have with single-payer systems,” said Emily.

The Yale School of Public Health instilled foundational principles that still drive her father in his work. He thinks outside the box and is an “irrational optimist” who believes that anything is possible. When faced with a problem, he always asks, “If I’m not the one to solve this problem, who is going to do it?” These principles led him to recently leave his senior executive position to train young talents in the evolving field of market access. He was named as one of the 100 most inspiring leaders in global healthcare sector in 2011 and 2015. He is also one of the five recipients of PharmaVoice Red Jacket Award for leadership in 2019.

He is confident that his daughter will be similarly inspired by her classes, mentors and friends at the Yale School of Public Health.